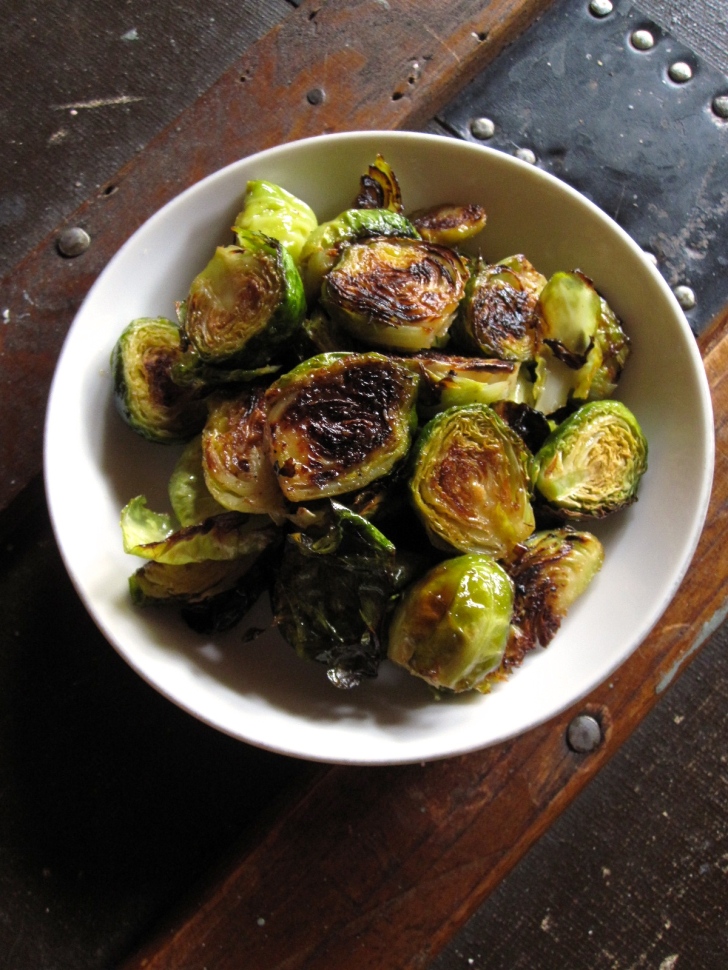 Yeah, I know. This is exactly what you want to see on a Sunday afternoon. But too bad.

These might be one of the most polarizing foods ever. Love them? Hate them? You probably fall into one of these camps—I doubt there are many who are ambivalent towards the little green nuggets… 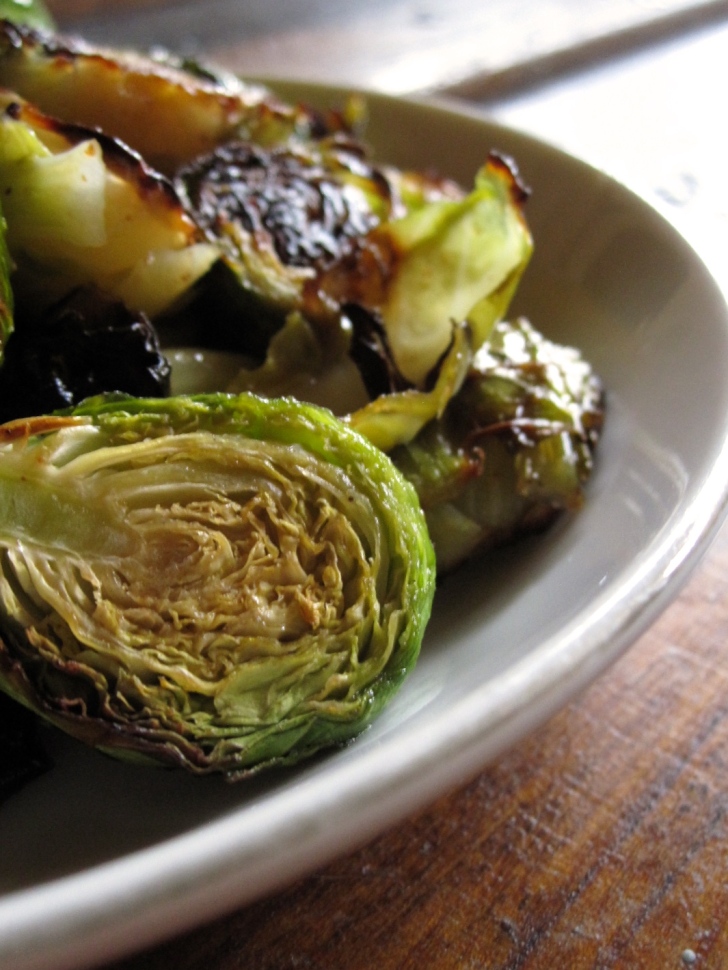 I love them. Obviously. It’s my blog… why would I post about something I hated? Weird. Anyway.. I digress. I *used* to hate brussel sprouts… probably because the first time I ate them I believe they were boiled, and I STILL think that’s a nasty way of preparing them. Ewww. Soggy brussels. Ain’t nobody go time for that.

So I don’t do that. I roast them! And then toss them in things that make them even more delicious. I’m not really sure when I discovered I liked them though, which is odd. I have a wildly specific food memory (like, maybe too specific. Surely that brain space could be used for something slightly more productive than remembering exactly what I ate at any given time/place/vacation/noteworthy event?! Whatever. At least the grey matter is occupied and amusing itself, right?). So anyway. My Saturday morning was spent roasting brussels and doing yoga (what a shocking combination if you know me, NOT), and then this morning after doing (you’ll never guess) MORE YOGA (!!) I ate more of them. And it’s raining!! Win, win, win. 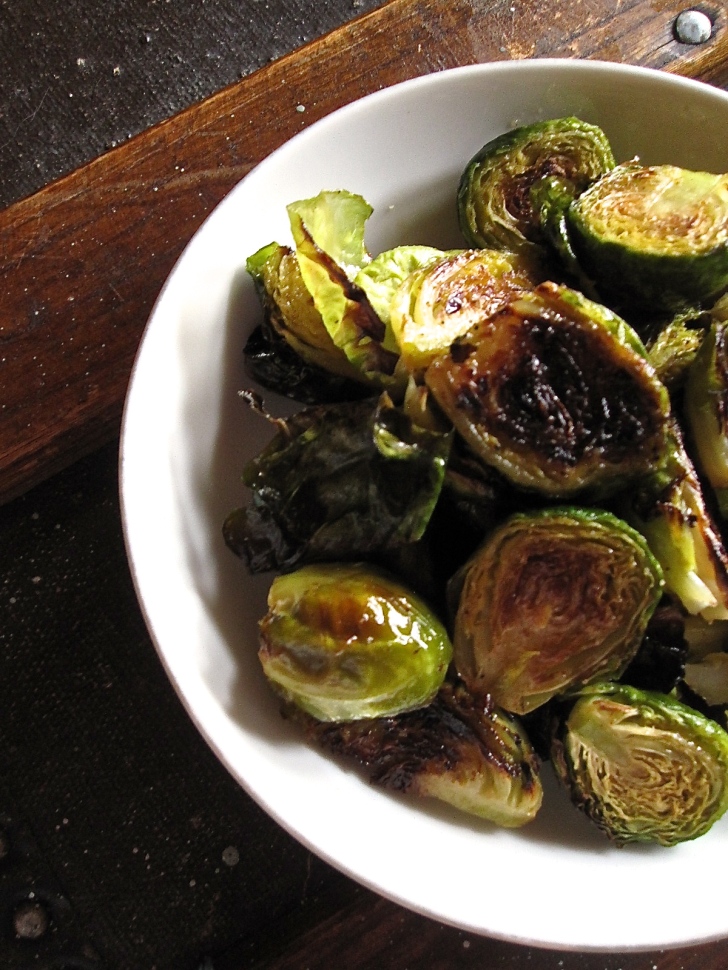 And also this morning I made some grain free banana bread, which is incidentally delicious but also half of it stuck to the pan so oops I had to eat a bunch of it because now it’s crumbs and hello, crumbs are designed to be eaten. Maybe I’ll make a habit of not fully greasing my pans from now on just to create crumbs, muahhaa. No not really. But kind of amusing to contemplate…

Anyway. Happy Sunday! Here are some brussels to distract you from whatever you need to be distracted from. 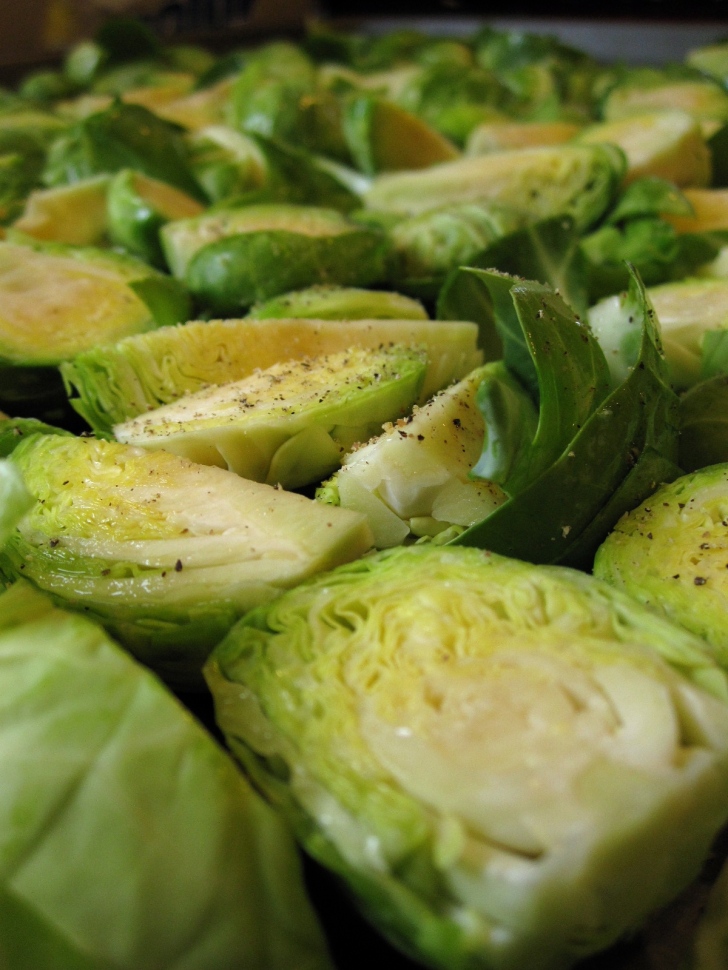 This might seem like kind of a weird combo to start off with, but stick with me, I promise they’re delicious. I used two bags of Trader Joe’s organic brussels, each about 14 oz I think. Recipe serves 3, with a bit left over. Gluten free, vegan. 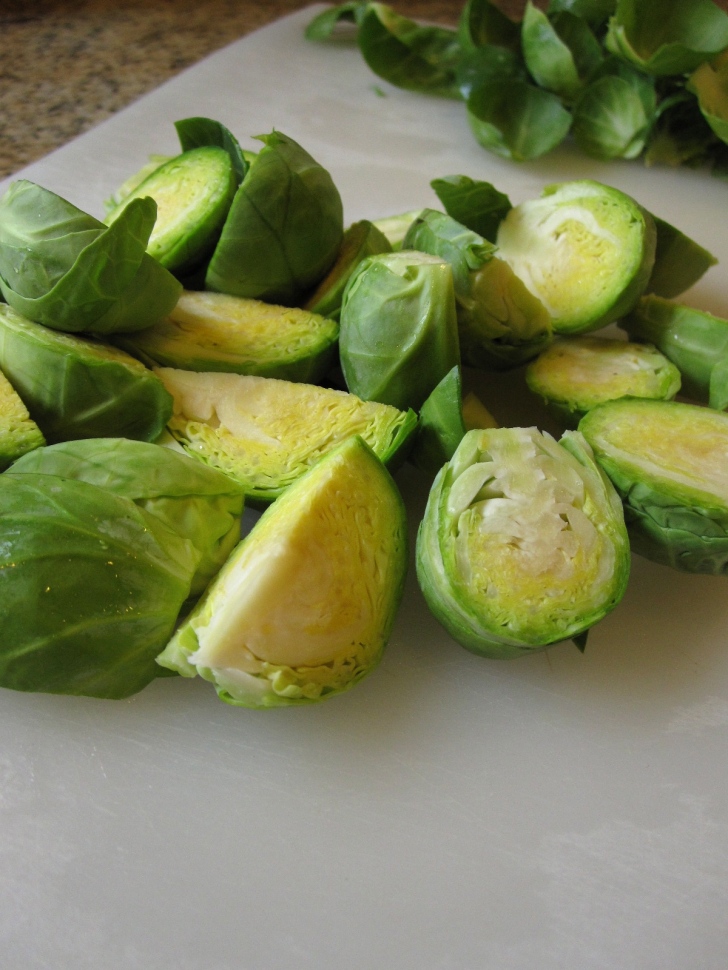 Preheat oven to 400.
Prep brussel sprouts by trimming off the yuck end, and halving or quartering them depending on how big they are. Some of the outer leaves can be a little tough and usually come off as you trim them, which is fine. Toss sprouts with avocado oil, salt, and pepper in a bowl until all are evenly coated. Distribute the sprouts onto a rimmed cookie sheet, flipping them so that they are cut-side down. Roast for 15 minutes, then take the tray out and flip them over to the other side. They should be nicely browned and starting to caramelize! Roast them for another 13-15 minutes, then take them out to cool slightly.

While the sprouts are roasting, whisk together olive oil, maple, and mustard in a smallish bowl. Transfer the sprouts to a larger bowl, and drizzle the dressing over all of them, tossing to combine and evenly coat them. Serve hot! Yum yum yum.

These are good. Promise. Even if you hate brussel sprouts, you should at least give them a try… they’re good for you! And delicious (I know I know, to each his or her own..) 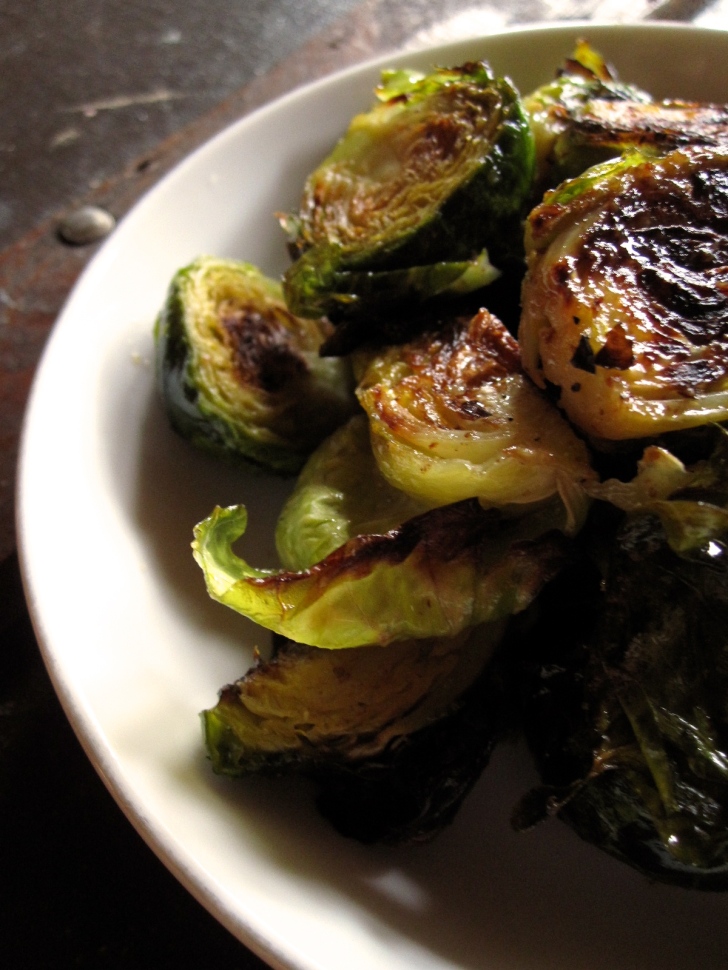 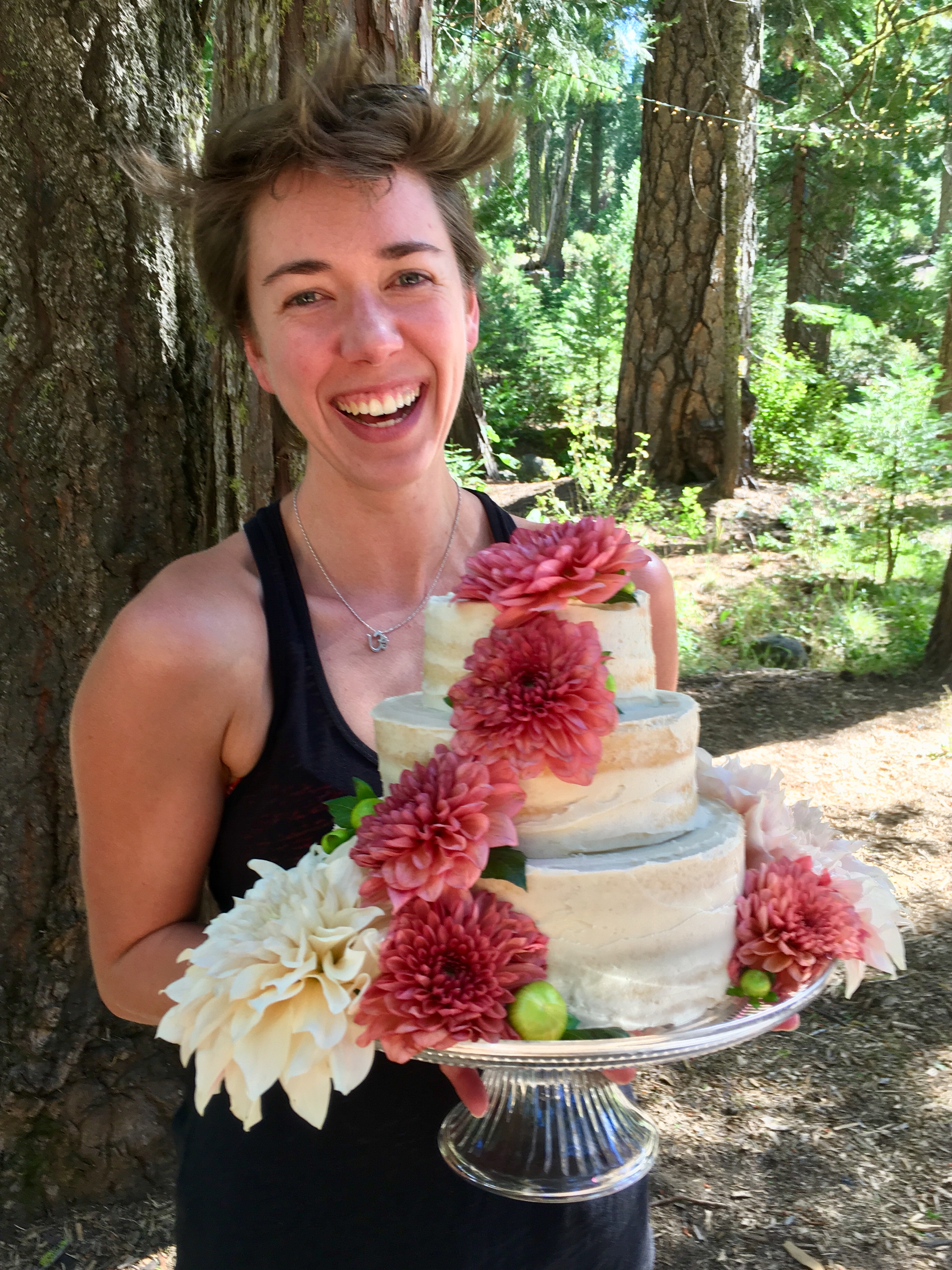