2014 already?! Hard to believe. But I am fully determined to manifest the best.year.ever. Sparkly, bright, and new. And HAPPY! As Voltaire once wisely said, “I have chosen to be happy because it is good for my health”. Mantra for 2014? Check.

Welcome to my family: with a grandmother hailing from Columbia, South Carolina, there was no escaping the obligatory good-luck meal for New Year’s day (not that I would want to escape it, it’s DELICIOUS). Black eyed peas+rice, cabbage with bacon [uncured and nitrate free, obviouslyyyy], and cornbread. All for good luck, though with different connotations: greens are for money, and cornbread for gold… and then I’m not entirely sure of the story behind the black eyed peas, but they’re lucky. Just accept it and move on.

It’s not New Years without some black eyed peas.

Why are they called peas? They’re obviously beans…

Despite the fact that I don’t drink, apparently I make good drinks: this one was even named after me!! Meet the HayBay! Kind of like a mimosa except not. A bit of bubbly, ginger liqueur, and ruby red grapefruit juice. Rather like me, I suppose… bubbly? Sassy? And maybe a little tart, ha. 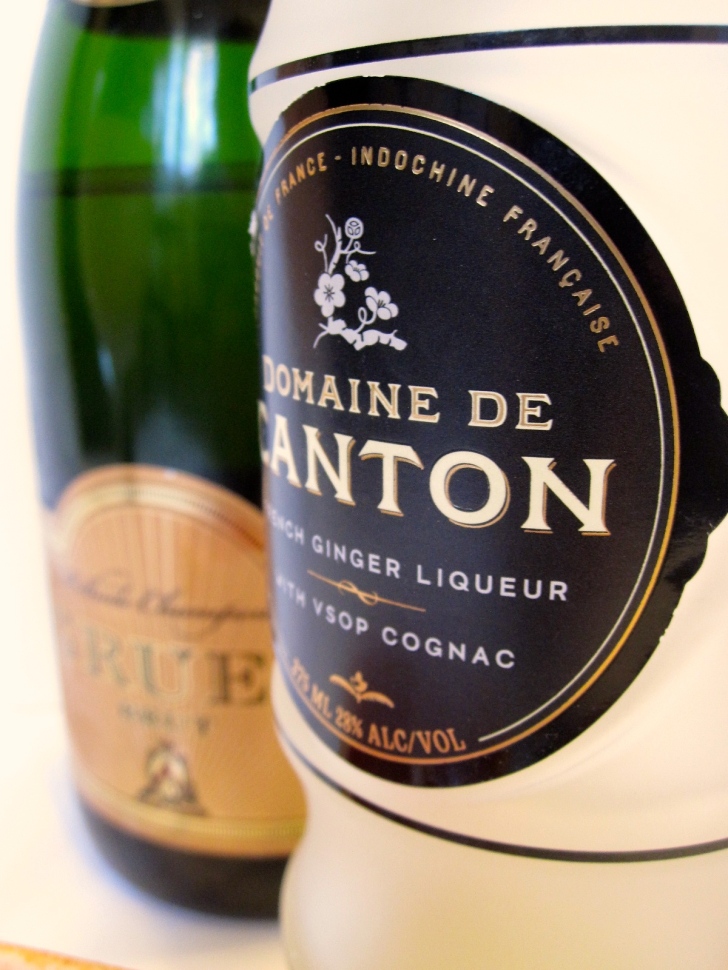 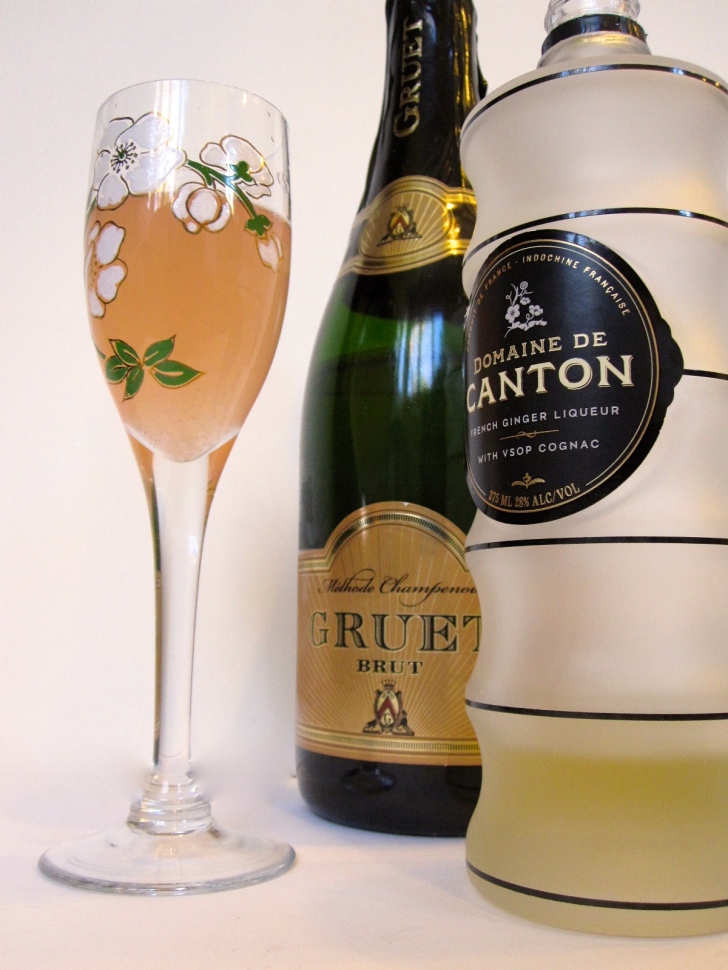 Happy TwentyFourteen! Much joy, laughter, and happiness to you and yours in the new year. Go hug someone :)

I’m not even going to do this recipe-style… as far as I know I’ve never seen this recipe written down—all I know is that it comes from the southern side of the fambam. Technically I suppose this recipe is gluten free and paleo!

Cut up a big head of cabbage. Don’t worry about shredding it, just hack it into fork-sized, manageable chunks. After that’s done, slice up 5-6 stalks of celery.

Assuming you previously cooked up a good-sized skillet of [uncured, nitrate-free] baconony goodness (sorry, this is in no way, shape or form a vegetarian recipe. Sorry I’m not sorry, sometimes a girl’s gotta have bacon!), dump some of the leftover bacon grease into the largish soup pot you’re using for the cabbage. Sauté the cabbage and celery in the bacon fat unit it gets soft, but still has a crunch to it. Toss in diced bacon bits and salt, pepper, and hot sauce it up to suit your taste. We use Crystal hot sauce for this, since it’s a family tradition.

Serve hot, with black eyed peas cooked with more bacon (duh) and some cornbread (mine happened to be vegan… can’t get too far away from those contradictions, can we?!). 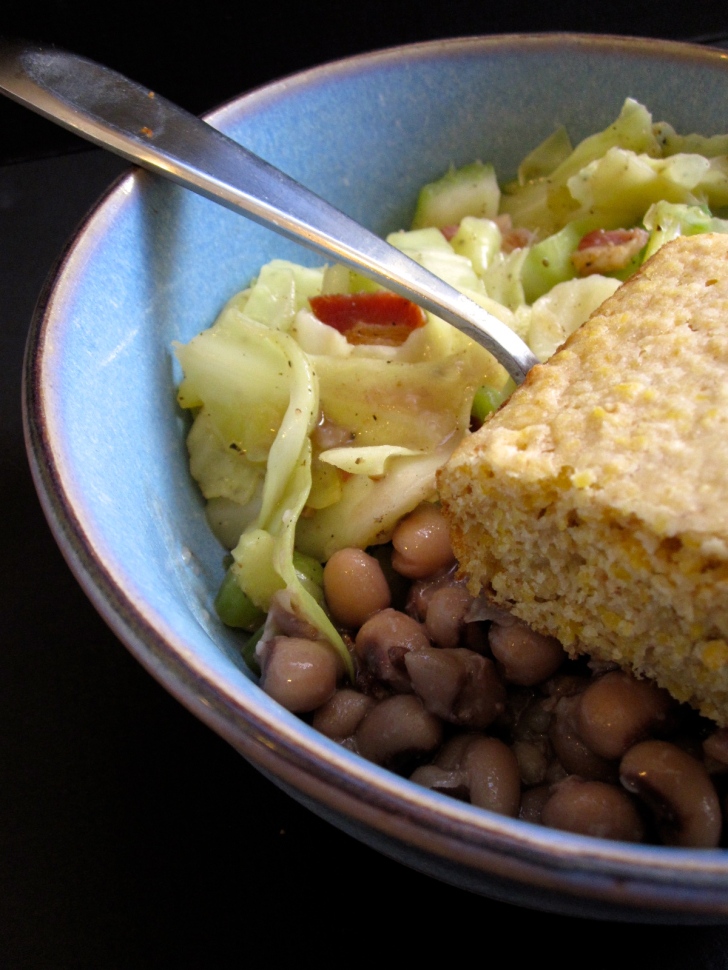