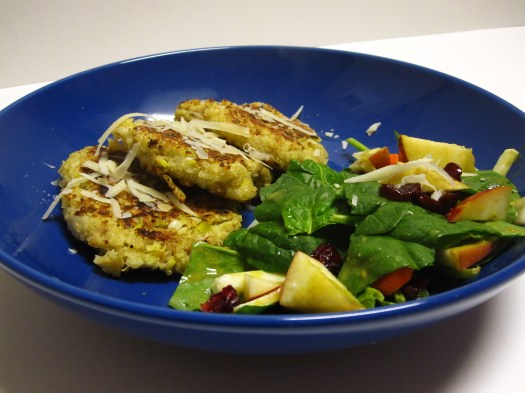 I think Salem might finally be getting out of its RIDICULOUSLY cold weather funk, hooray! I’ve scraped ice off my car before class for the last three days, but it’s lookin’ like a squeegee (that is such a great word) might suffice today. Thankfully. I mean, as much as I like treating ice scraping as a bonus early-morning workout, I’d really rather pass, thanks. Because ice in the uggs is no fun. And because when I’m trying to listen to the radio on  my way to class and the antenna is trapped in its little frozen antenna house, due to sub-artic conditions of 29 degrees, I am not a very happy camper. Although it did make me giggle, I have to say, when I heard this weird noise and turned around to see the antenna trying to fight its way up to the light and majorly struggling. We got there in the end, thankfully… Toots and I ventured out into the freezing fog, and my heater kicked in just as I was pulling into the parking lot at school. Psh. Fail.

Whatever. All this cold weather makes me want to stay inside and cook tasty things (not like I really need an excuse for this, do I?! I think I cook more than I do homework) (But a girl has to eat, RIGHT?! At least I’m doing something productive). When Kira and I were at Trader Joe’s on Sunday, we encountered LEEKS! Which is awesome. Leek is such a funny name for a veggie. I just like the way the word looks, leek leek leek leeeeeek! It’s just fun. Call me crazy, but whatever. Besides, they’re really a hilariously awkward looking veggie. I’ve never dealt with a leek up close and personal, but I’ve eaten them in soup. Which is delicious. But since we had soup at the end of last week, I wasn’t feeling super soupy… AND there was an abundance of quinoa lurking in the cabinet, clamoring to be eaten.

So now, I can cross dealing with leeks off my to-do list (because you know it was on there, right?!)… thanks to these quinoa-leek cakes! Kira and I had them with salad for din din last night, and they were leekily delicious.

Quinoa Cakes with Leeks and Corn

Loosely adapted from Annie’s Eats, kind of. Makes 13 small cakes, about 3″ in diameter. Or you could make enormous patties…

To start… Cook the quinoa! Combine 1 cup of quinoa and and 2 cups of water, bring to a boil and then simmer for 15-20 minutes, until the water is absorbed. Fluff with a fork and set aside to cool.

In the meantime, clean the leeks! Cut off the root end and the really green bits (those are bitter and woody, you don’t want them), and then slice and dice the leeks into little bitty pieces. Put them in a bowl full of water and swish them around, to get all the grime out (this is also why you buy organic!), then drain them through a collander. Kira and I sauteed them in a bit of olive oil, and the garlic clove. Set aside until cool.

When quinoa and leeks are cool: In a large bowl, combine quinoa, leeks, eggs (lightly beaten), parmesan, corn, salt, pepper, and the crumbled slice of whole wheat bread. Form into patties, and cook until they are browned and hold together, about 5 minutes. Serve sprinkled with extra parmesan, and with a side salad :)

***Note: We both found these to be a bit on the bland side. Next time I make them (and believe me, there WILL be a next time, they were super tasty), I think I might experiment with adding some spice of some sort, like cumin (pairs well with parmesan), or something of that sort. At least more salt needs to happen, but I also think they could use a bit more flavor. We also did half our batch with corn, and loved it—next time corn is going in the whole shebang. Kira and I were also postulating that the addition of chicken sausage would be good—it would provide the saltiness/flavor that these lacked.

4 Replies to “Close encounters of the Leek-kind”